Who was Empress Maud? 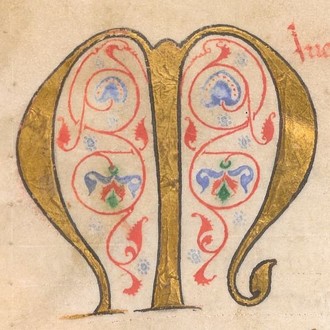 “Maud” is the Anglo-Saxon version of the name “Mathilda”, by which she is usually known. She was the firstborn child of King Henry I of England and his wife, Queen Mathilda, also known as Mathilda of Scotland. Maud had one younger brother, William Ætheling, most likely born a year later. Her father also had about two dozen illegitimate children by various women, the most famous of whom was Robert Fitz Roy, later earl of Gloucester.

At the time of Maud’s birth, the Norman Conquest of England was still relatively new. Maud’s grandfather, William the Conqueror (also called “William the Bastard”), successfully invaded the kingdom in 1066 A.D. and became the first king of a new line, the House of Normandy. He was thereafter titled King William I. Like many rulers of the time, William divided his lands between his sons upon his death. William Rufus became England’s next king, while Robert Curthose became duke of Normandy. This left Maud’s eventual father, Henry, without a kingdom or duchy.

When William II was killed in a hunting accident, Henry seized the crown as King Henry I. He then fought his brother for control of Normandy, eventually winning at the Battle of Tinchebrai in 1106. All of this provides the backdrop to Maud’s birth: a time of disputed succession when royal children were not merely the subject of cute photographs and fawning memorabilia, but players in an epic struggle that often ended in open warfare.

As a female living in the 12th century, Maud was not to inherit the crown despite being the eldest child. The throne would go to her brother William, who was groomed from a young age to follow in his father’s footsteps. Instead, King Henry sought to use his daughter to secure a marriage alliance with the Holy Roman Emperor, Henry V, ruler of much of central Europe. The aim was to build up strength against the kingdom of France, which also claimed rights over the duchy of Normandy. 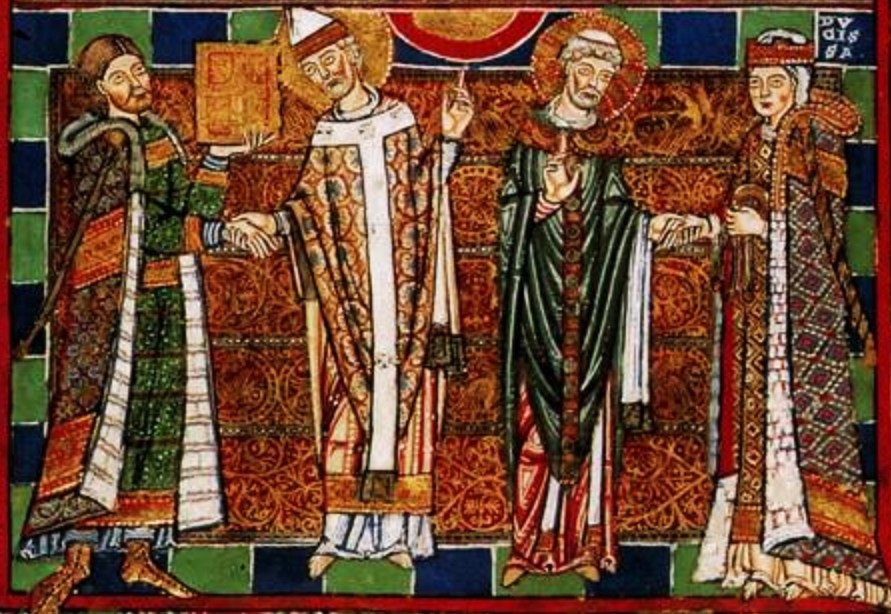 The main plot of The Girl Empress, the first book in the Chronicle of Maud series, focuses on Maud’s marriage to Emperor Henry V, king of Germany, at just twelve years of age. This caused her to become involved in something known as the Investiture Controversy, a dispute between secular rulers and the pope over who had the authority to appoint bishops, which was symbolized in the investing of the new bishop with the ornaments of his office: the ring and crozier (staff). For the next several years, this controversy would consume Maud’s life. The emperor would take the pope and cardinals prisoner, a large portion of the empire would rise up in opposition, and the emperor would eventually be excommunicated.

Throughout all of this, the young Empress Mathilda attempted to find her place in a land that was wholly foreign, taking on the role of consort to one of the most powerful and reviled men in Europe. Had the events in The Girl Empress formed the totality of Maud’s story, her life would have been far more eventful and intriguing than most. Yet, this was only the opening act.

Maud is best known for events which occurred later in her life, following the premature death of her brother William. With no other legitimate children left, King Henry I of England took the relatively unprecedented step of having all the nobles in the kingdom swear loyalty to his daughter and pledge to serve her as queen of England upon his death. But when the king finally died, a cousin named Stephen of Blois seized the throne instead, securing the backing of the English church and virtually all of those who had pledged their fealty to Maud. This was the beginning of more than a decade of civil war in England and Normandy: a period known as “The Anarchy”.

Maud is an amazing historical figure. Not only was she a major player in some of the biggest events of her lifetime, but in fighting for the English crown, she became a trailblazer for all the women who came after her. The writers of her time often saw her as arrogant and presumptuous for this, but historians in our own era have viewed her more positively, realizing that she was fighting an uphill battle against the prejudices of her time.

This series of books attempts to give a real voice to Maud almost a millennium after the fact by looking not only at the Anarchy period, but rather at the totality of her life. This will provide the most complete picture of who she was as a woman and what motivated her. The Girl Empress in particular contains the best description in the English language of her early years, both in England and in the Holy Roman Empire. Hopefully, this will provide a greater understanding of the time in which she lived, and what it means for our own century.​